After the first full week of NBA action, though it is still early in the season, a couple of clear points of analysis have come to light. In what most fans thought would be another season where it was clear that only four teams had a true chance at winning an NBA title, it can be argued that the dynamic of only a few dominant teams has been turned on its head. 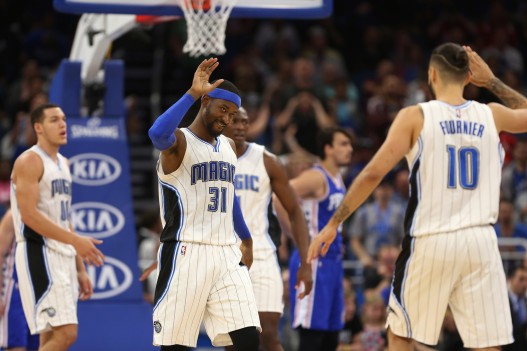 At the beginning of the season, many experts had the Orlando Magic finishing at the bottom of the conference, given that they have a younger team with a lack of real chemistry together. However, led by a 3-0 start at home and the core of forwards Evan Fournier and Aaron Gordon and center Nikola Vucevic, along with the defensive efforts of guard and recent signee Jonathan Simmons, Orlando has been able to put up a fight against ‘better’ teams, most notably with victories over the San Antonio Spurs and the Cleveland Cavaliers thus far.

Their 5-2 record has earned them second in the Eastern Conference, however this is likely a circumstance from a struggling Cleveland Cavaliers team being absent from the top of the standings. Though they do seem to be better than expected, it seems that their fortunes against elite teams seems to just be a hot streak, and we’ll see the team cool down in the next week or so.

The Memphis Grizzlies had finished last season with a 43-39 record and the seventh seed in the West. Though the roster from last season is very similar the roster of this one, there is one gaping absence in forward Zach Randolph. Randolph was a tough player with a lot of hustle, and with his absence it was thought that many close games would fall out of favor for the Grizzlies. Despite these speculations, the Grizzlies have been able to carry on as a team that seems to be even better than that of last year’s team. To go along with contributions from their usual stars in guard Mike Conley and center Marc Gasol, Chandler Parsons has returned to form as the offensive threat the Grizzlies wanted him to be when signing him in 2015. He has been a vital scorer for the team, capped off by a 25 point performance in 19 minutes in a huge win over the Houston Rockets.

It is still a bit early to say for sure, but it wouldn’t come as a surprise if the Grizzlies keep this play up. It is almost certain that this team won’t finish the season as the first seed that they are now, but a fifth or sixth seed finish should, at this point, come to no surprise to fans anymore.

Note: These two overachievers go head to head Wednesday night in Orlando. A preview from nba.com can be seen here:

The Cavs are stacked. Even though they lost their star point guard in Kyrie Irving, it is undeniable that the additions of guards Derrick Rose and Dwyane Wade make a huge impact on the team. To most experts, this change meant domination in the East, and a sure ticket to the NBA Finals for a fourth straight year. Despite this, the term “too many cooks in the kitchen” doesn’t ring more true for this franchise right now. Chemistry has not been at its best, especially for players like Rose and Wade who are trying to adjust to having smaller roles on the team. This on the fly adjustment has led the team to losses against mediocre squads like the Brooklyn Nets and the New York Knicks.

If you are a Cleveland Cavaliers fan, I wouldn’t be too worried. The Cavs struggled for a lot of the first half of the season last year, and turned it around after the All-Star break. With a squad led by LeBron James, who has been in the finals each of the past seven seasons, Cleveland looks poised to turn this team around and keep his streak alive.

At the middle of last week, it seemed the San Antonio Spurs would make the list of overachievers, starting off the season 4-0. However, the Spurs followed that with three straight losses. This can be attributed to the Spurs’ changes to the bench, most specifically the loss of guard Jonathan Simmons, as seen after the Spurs suffered a blowout loss to Simmons’ new team in the Orlando Magic.  Without key players that the Spurs had last year off the bench, the defense has been lackluster, which comes as a huge surprise for a team led by Gregg Popovich.

The San Antonio Spurs have appeared in the playoffs for an astounding 20 straight seasons. As long as Gregg Popovich is coach and forward Kawhi Leonard is leading the team, there is no doubt that San Antonio will find a way to turn things around and even finish in the top four seeds of the conference.

Right Where They Should Be 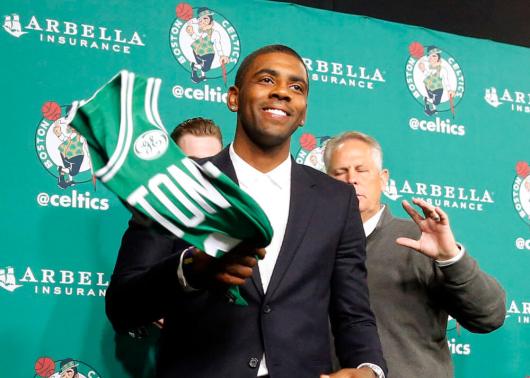 Gordon Hayward’s injury on opening night against the Cleveland Cavaliers was a devastating blow to the Celtics that left fans disenchanted. However, the Celtics have been as dominant as predicted before the injury in his absence. After an 0-2 start, Boston has found their stroke, and are currently on a five game winning streak, and hold the first seed in the East. Point guard Kyrie Irving and center Al Horford have been performing as expected, while guards Jaylen Brown, Marcus Smart, and forward Jayson Tatum have all broken out as young, potential stars that contribute to the team on both sides of the floor.

Brad Stevens has done an amazing job coaching this young team, and even without the services of Gordon Hayward, the Boston Celtics look mentally poised to maintain this elite level of play throughout the season and into the playoffs. The Cleveland Cavaliers should be very afraid.

The offseason was very kind to the Minnesota Timberwolves, most notably with the additions of guard Jimmy Butler and guard/veteran sixth man Jamal Crawford. Though it is evident that the young team still needs a bit of time to really gel together, the young players that lead the team are progressing right on schedule. Forward Andrew Wiggins is budding into an all star, and center Karl-Anthony Towns is arguably the best at his position in the league.

Once this team’s chemistry really molds together, they are going to be making frequent visits to the overachiever section of this list. Minnesota has many offensive and defensive weapons, and once they are able to use them as a unit, this will be a team to watch this season.

After a wild week in the NBA, it can be expected that we are in for a ride for the entire season, and regardless of team records, fans everywhere are winning right now.