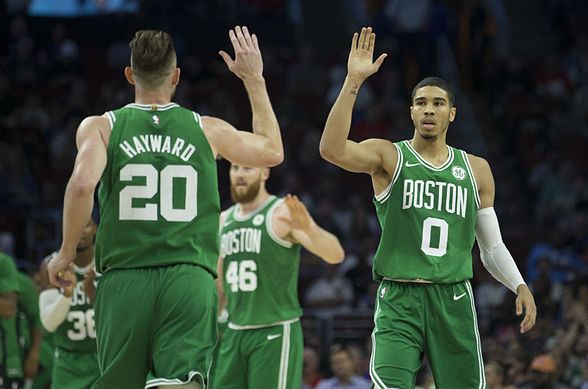 The talk around the league after the trade deadline was the moves made by the Philadelphia 76ers and how they are the favorites to come out of the East. Last night, the Boston Celtics, without Kyrie Irving, faced off against the newly formed big four in Philly of Joel Embiid, Ben Simmons, Jimmy Butler and Tobias Harris. Needless to say whenever Boston goes against a championship level team they bring their A-game, and last night was no exception. Boston overcame Philly 112-109, led by Gordon Hayward’s game-high 26 points, Jayson Tatum had 20 points and Al Horford chipped in with 23 points, five assists and eight rebounds.

The Celtics are the Sixers Kryptonite

In their last 19 games, including the playoffs, Boston has a 17-2 record against Philadelphia, their only two losses came on January 18, 2018 when they lost by nine and in Game 4 of the Eastern Conference Semifinals when they lost 92-103.

Even with Irving, who’s out with a strained left knee, the Celtics played as perfect as they could against the 76ers. It helped a bit that Embiiid was in foul trouble throughout the game while shooting 9-22 from the field. Harris and Butler had better games as they shot a combined 11-26 from the field, Butler also missed important free throws in the fourth quarter that could’ve tied the game at 106.

With Embiid in foul trouble, Marcus Smart slammed down a vicious dunk through Embiid who decided not to contest with five fouls, which put Boston up 110-107. Tatum would ice the game with two clutch free throws to put Boston up 112-109, with no timeouts remaining Butler couldn’t get the shot up in time in hopes of sending the game to overtime.

Are the Celtics Better without Kyrie?

The numbers don’t lie, the Celtics have played better when Irving has missed games, they’re 8-2 when Irving’s out of the lineup. Last night, the ball moved around more then with Irving on the floor, Hayward had his best performance again a championship level team, Tatum reminded everybody why Danny Ainge wants to keep him in Boston and Horford had a big game on both sides of the floor.

With Irving in the lineup the team is 28-19, a small difference but we can’t deny what we saw from the Celtics young core last season in 60 games without Irving. Over the span of three rounds in the postseason, the Celtics went 14-8 and eliminated Philly in five games.

Boston is averaging 112.9 points per game this season in 57 games played, when Irving is out of the line-up the numbers jump to 113.5 ppg.

Irving will miss his second game tonight as Boston takes on Detroit at TD Garden, their last game before the All-Star break. 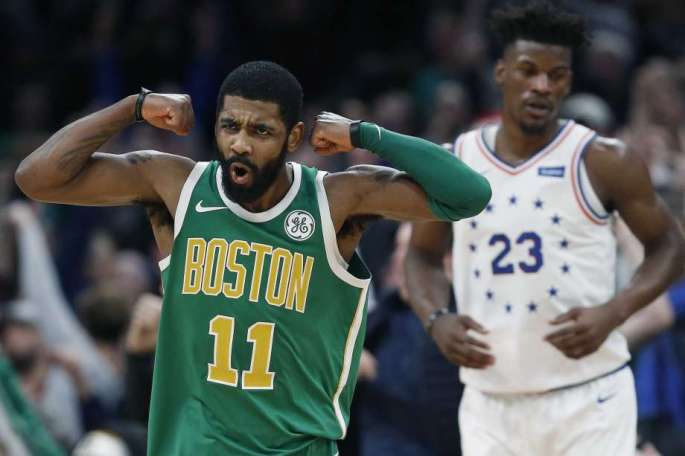 Down by two with less than 30 seconds to go in regulation the Boston Celtics turned to their closer/superstar in Kyrie Irving. With Jimmy Butler playing air tight defense on him, Irving used his signature turn around fade away jumper to send the game into overtime. In overtime Irving would carry the Celtics to a 121-114, victory over Philadelphia, finishing the game with 40-points and 10-rebounds.

“I’m about used to it now,” said Marcus Morris, “when he first came, it was crazy. But some of the s— don’t even surprise me no more with how often he does it.”

It would be the second time in a Christmas Day match-up against a playoff opponent where Irving would lead his team to victory. In 2016, Irving hit a similar shot over Golden States Klay Thompson, to give Cleveland the victory. Even before the game Irving told his teammates he was going to be “acting up”, “I told my teammates, ‘My family is here to watch me play. I have 20-lpus people from my family here, so I’m acting up,” said Irving. “

“I don’t really get a chance to have family all in one place, and most my family came tonight, so it means a lot to me. To have them here on Christmas, I was like a kid…. its Christmas spirit, man, and I missed it.”

To Embiid there is no Rivalry with Boston

The second meeting between these two teams ended in the same result as the Celtics once again overcame the Sixers in a thriller, Joel Embiid once again reiterated his comments that the Sixers and Celtics isn’t a rivalry. “We lost again. Like I said at the beginning of the season, I don’t know what a rivalry is. I think I do, but this is clear as day, this is no rivalry,” said Embiid.

Embiid first made those comment on opening night at Boston, when he said that he does not consider the Sixers and Celtics a rivalry because they always lose. Despite the loss, Embiid was still his usual self, notching 34-points and 16-rebounds.

Even Philadelphia head coach Brett Brown had to praise Irving’s clutch performance, “Kyrie was elite tonight,” said Brown. “That’s what people, and there aren’t many, in his sort of weight class do.”

For teammate Al Horford he’s glad Irving is now in his team and is doing it for their club, “I remember Kyle Korver when we played with Kyrie (in Cleveland), one of the things he told me was he makes shots in big moments,” Horford said. “He’s the guy that we would go to here, and it’s just great because Ky, taking those big shots, making the right play, just having the ball in his hands. It was a lot of fun. The crowd went crazy for the second (overtime 3-pointer). So just emotions running high.”

“I always talk about being on those big stages, said Irving. “It’s just so much fun. It’s competition at its highest. I love going against the best.”