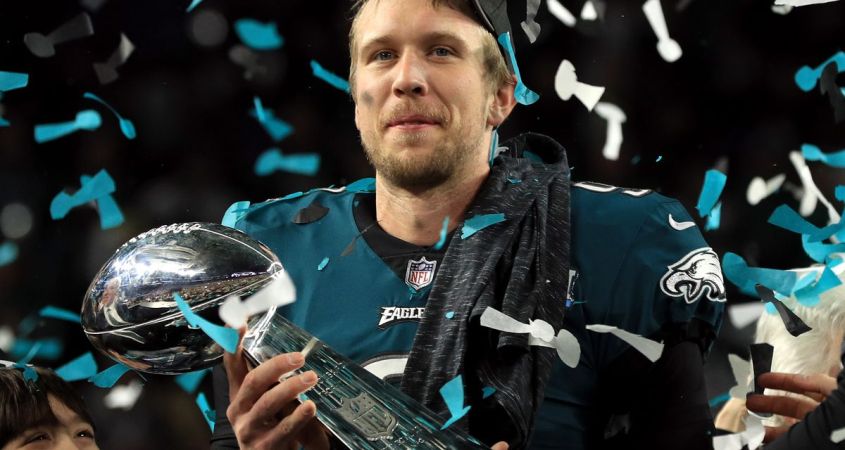 With the 2018-19 season officially over for the Philadelphia Eagles, the looming question about Nick Foles begins. Given the circumstances of the situation in Philly, the Eagles are in all likelihood going to keep starting quarterback Carson Wentz and allow Nick Foles to hit the free agency market. Putting aside all the other quarterbacks expected to hit the market and those to be taken in the NFL draft, what are the potential landing spots for Nick Foles?

The Jaguars have officially moved on from Blake Bortles, as was made clear by his benching mid-season. This team was 10-6 last season and reached the playoffs as the 3rd seed. In that playoff run, they beat out the Buffalo Bills and Pittsburgh Steelers before being edged out by Tom Brady and the Patriots at Gillette Stadium in the AFC Championship game. In essence, they were a top 4 team, but they certainly didn’t look like it this year as they ended the season with a 5-11 record.

The majority of the blame comes at Blake Bortles who never seems to make the right throw and right play. With his benching, the Jaguars are officially seeking a solid quarterback to bring this team back around to the playoffs. They still have a dominant defense that only gives up 19.8 points per game, ranked 4th overall in the league. They also have Leonard Fournette at running back and are just one solid quarterback away from reaching the playoffs. Nick Foles should definitely be on the radar of the Jaguars, if not the focal point of their free agency.

The Miami Dolphins have only had 1 winning season, out of 6, with Ryan Tannehill at quarterback. This team has more needs than just a quarterback as their defense is giving up 27.1 points per game, ranked 27th, but the question of whether or not Tannehill is the franchise quarterback has been answered and it’s a clear, “No.” The Dolphins aren’t the perfect situation for Nick Foles due to their varying needs to be a solid team, but the Dolphins probably want Foles more than Foles wants the Dolphins and that’s all that matters. They should definitely be in the hunt for the Foles magic, but whether or not it’s a good spot for Foles is another question for another time.

The Broncos have been searching for a solid quarterback ever since Peyton Manning officially retired after the 2015-16 season. Since then, the Broncos have had 4 different starting quarterbacks in 3 seasons. After signing in free agency, Case Keenum just led this team this past season to a 6-10 record. They’ve yet to find an answer at the quarterback position and should definitely be considering Nick Foles at the position. Their defense remains stout and ready to handle the workload of the game, creating a better situation for Nick Foles.

The Washington Redskins are once again looking for a quarterback after Alex Smith got injured and could be forced to retire from that injury. This is a solid team that was leading the NFC East at 6-3 until Alex Smith went down. After that, they went 1-6 to finish with a 7-9 record. The Redskins would be favored to dominate the weak NFC East if they have a solid quarterback and they looked poised to do so with Alex Smith. A Nick Foles signing makes all the sense in the world for that team, especially considering their rivalry with the Eagles. Stealing Nick Foles from the Eagles gives them insight into the Eagles playstyle and allows them to rub Nick Foles in their face from the other side of the field. Imagine if the Redskins beat the Eagles with Nick Foles and the Eagles season looks doomed, how would the Eagles feel about the quarterback decision to stick with Wentz? A Nick Foles signing doesn’t just significantly help the Redskins, but it could also cause major strife in the Eagles locker room.

The New York Giants have an aging Eli Manning who is playing worse and worse each year. With so much talent on the offensive side, there are no excuses for the New York Giants to finish with a 5-11 record. A lot of blame goes to Eli Manning for not being able to make the right throws and plays with a young talented core of wide receivers led by Odell Beckham Jr. and Rookie of the Year candidate, Saquon Barkley. Many Giants fans, including myself, would be interested to see how the team plays with Nick Foles at the helm. It just feels as if Eli Manning’s time has come to an end and a new face of leadership is needed at that position. For similar reasons as the Redskins, a Nick Foles signing would not be surprising.

Jon Gruden has been shipping out pro-bowl players ever since his arrival in Oakland. Both Amari Cooper and Khalil Mack, team-building foundational players, were let go. Seeing Gruden let go of Derek Carr and landing Nick Foles would not be surprising at all. With Gruden, it seems to be “expect the unexpected.” We all expect Carr to be at quarterback for the Raiders next season so a Nick Foles landing is definitely a possibility.

For very similar reasons as the Jaguars, the Cincinnati Bengals have to ask themselves whether or not Andy Dalton is the answer for the franchise. After 8 seasons, Dalton has only had 1 season with over 30 touchdown passes and 1 season with over 100 passer rating. If the Bengals conclude Dalton isn’t the answer, the door is open to a Nick Foles entry. Otherwise, this is a very unlikely landing spot for Foles.

As unlikely as this seems, it is worth considering. The Minnesota Vikings went on a limb last year and signed Kirk Cousins to major contract for 3 years, worth $84 million. This made Cousins the highest paid player in the NFL, but his play did not live up to that paycheck. Cousins was a very solid quarterback, finishing the season with a 70.1% completion percentage, over 4,200 yards passing, 30 touchdowns, 10 interceptions, and a 99.7 passer rating. With all that in mind, Cousins came up short time and again in the biggest moments of the year. In the final game of the year, in which if the Vikings win, they’re in the playoffs, Cousins put up only 132 yards and a touchdown with a passer rating of 79.4 against the Bears. These are the moments the Vikings signed Cousins for and he came up short time and again. It’s highly unlikely that Foles will be in play this free agnecy for the Vikings, but it’s worth noting that Foles is all about making the big-time plays in the big-time moments. 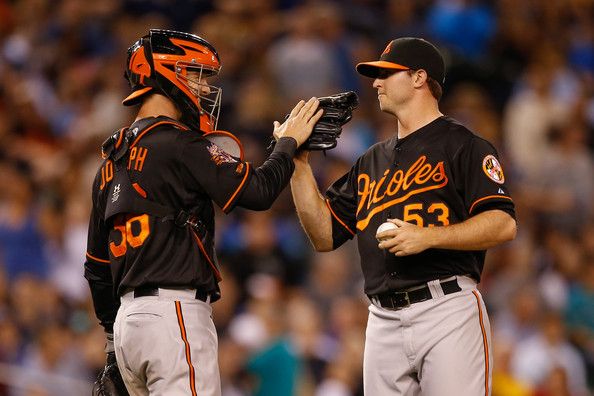 The news broke yesterday that veteran lefty, Zach Britton, had an agreement in place with his former team, the New York Yankees, initially worth $40 Million over three years. This deal, of course, was structured in part by super-agent, Scott Boras, so it’s bound to be slightly complex.

The deal is, by itself, a three-year, $40 Million deal. However, it includes an opt-out for Britton after two years, and an opt in for the Yankees after the second year as well, triggering a second two-year option.

Britton was bound to make a splash regardless of where he landed, yet, he is one of the more tentative options on the market. After Andrew Miller, another bounce-back candidate, came off the board, the focus in the left-handed reliever market shifted to Britton, who was rumored to be looking for a four-year deal. His, frankly, terrible BB% and K% numbers make him a relatively risky option, and his FIP isn’t encouraging either, sitting at a meager 4.22 this past season.

However, his legendary 2016 season is what aids him in maintaining value, and is what has teams hopeful that he will, eventually, regain his prior form. 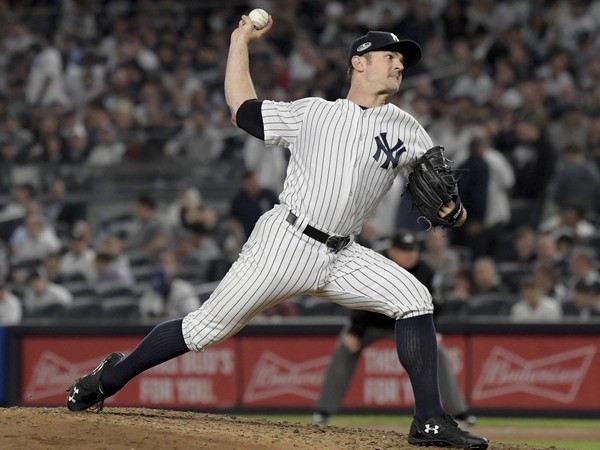 Mark Feinsand of MLB.com was first on the news that David Robertson and the Philadelphia Phillies reached agreement on a two-year, $23 Million deal with a club option for 2021.

A right-handed stopper with reverse splits, Robertson had spent the beginning of his career with the Yankees prior to returning to them once again mid-2017 after being traded by the White Sox. Robertson’s peripherals are his main selling point. He has a career ERA of 2.88 but an even more impressive career FIP of 2.81. He boasts a mediocre Walk/9 of 3.6, but a stellar K/9 of 12.0 on the dot.

Overall, Robertson is a brilliant addition to an already threatening Philadelphia bullpen. It is unclear what role exactly the Phillies will exercise him in, but wherever he goes, he’ll be an excellent weapon out of the Pen. 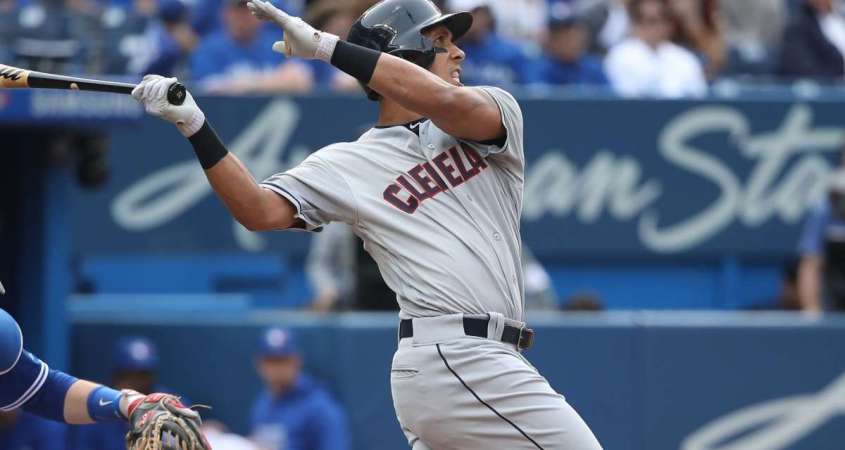 Multiple sources have reported that the Astros and outfielder Michael Brantley agreed on a two year, $32 Million contract this Monday.

The Astros are a right-hand-heavy lineup, and acquiring a contact-bound left hander with significant pop and speed is sure to help them smooth out the bumps in their offense. Pair Brantley’s 2018 slash of .309/.364/.468 and 17 home runs with other Houston guys like Jose Altuve, Alex Bregman, Carlos Correa, George Springer, and more, and you’re looking at a pretty devastating lineup.

Even with this significant addition, the ‘Stros also are looking into signing a new designated hitter, as well as possibly trading for the Marlins’ All-Star catcher, JT Realmuto.

The 2017 World Series Champions are looking to make another run, and their terrifying rotation paired with their deep offense is sure to turn some heads in their favor. 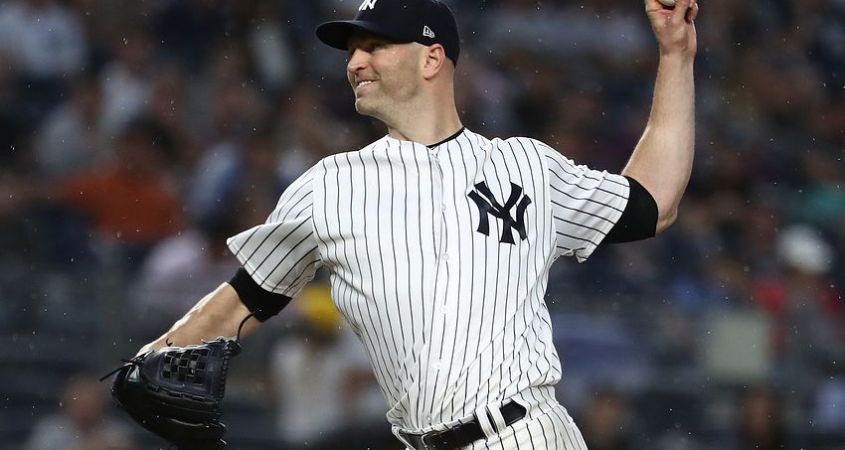 After some deliberation, multiple sources have reported the Yankees’ acquisition of left-handed pitcher JA Happ.

Happ has proven himself to be one of the most respectable and consistent pitchers in all of baseball. At 36 years old, he doesn’t exactly have the velocity of an ace, but using his deception and excellent baseball knowledge, he’s worked his way to a two year, $35 Million deal with a vesting option for a third year.

Happ had a stellar season to begin with, tossing his way through 177.2 frames with a 3.65 ERA. However, the real magic with Happ came when he was transferred to New York at the deadline. Under his tenure with the Yankees, Happ turned in a 2.69 ERA and did not lose a single one of his starts. This would explain the Bombers extreme interest in the pitcher, and the reunion that eventually ensued.

Multiple sources report that the Tampa Bay Rays and Free Agent Charlie Morton have agreed to a deal worth $30 Million over two years — the largest contract of Morton’s career.

Until now, Morton has earned just around $40 Million over 11 years in the majors — the solid starter has finally received his due. His fabulous 2018 campaign in which he pitched to a 3.13 ERA over 167 frames gave him the leverage he needed to net his worth, and he now has the chance to compete with an underrated team that managed to win 90 games in the league’s toughest division last year.

This 35 year-old World Series Champion deserves every penny of what he’s been given. He is a driven man who keeps his head down, and plays the game the way it should be played. We’re expecting big things from him in 2019… 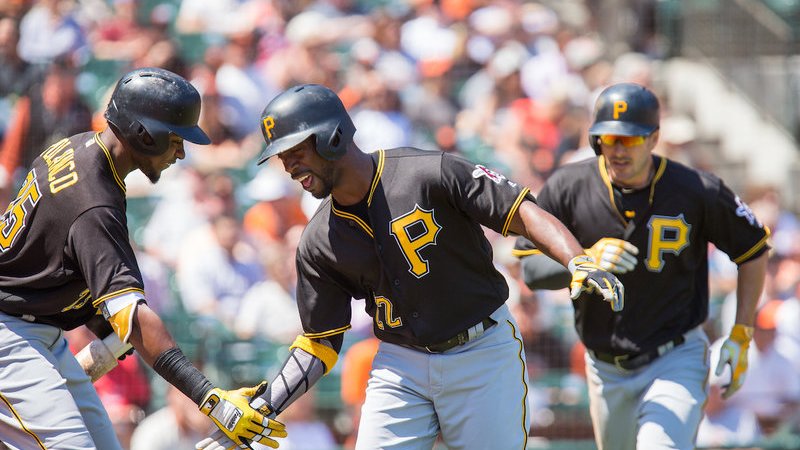 According to multiple reports, the Philadelphia Phillies agreed to terms with Free Agent outfielder and former-MVP Andrew McCutchen. The deal is worth $50 Million over three years and includes a club option.

McCutchen has somewhat regressed from his prior All-Star form, but still plays respectable baseball, and is one year removed from a very good year in which he turned in a .279/.363/.486 slash with 28 long balls — which is pretty solid for a then 30 year-old outfielder.

What the Phillies really get here is a fantastic club house guy, a hard competitor, and a big social media presence. Cutch is also a veteran who knows the game, and works excellent at-bats. There is no doubt in my mind that this is an excellent pickup for the Phillies, and, if Cutch can return to even a slight semblance of his former caliber, he could be the catch of the offseason.

LIVE In The Stands
Powered by WordPress.com.