Last night we saw the Celts fall behind after coming back from 20+ failing to cover their spread taking the L. We saw 2 of our picks succeed as the Jazz beat the Hornets by 12. The Rockets did as they were supposed too and beat the Nuggets by 26.

Wizards -6.0 vs the Chicago Bulls

The once red hot Wizards travel into Chicago on a 6-4 run the past 10. The Bulls are 2-8 the last ten, posting a 12-14 home record. The Wizards lost a close one to the East’s best team in OT. They could be tired tonight, but the Wizards have been playing better without the focus of John Wall. I think they could be gassed, but they are too talented to not cover against a young-injury riddled Chicago Bulls team. I see the Wizards winning by 6 or 7. Take the points if you can. I don’t think it will be a blowout, it should be a close one.

The Wizards won by 4 the last time they both played, under different circumstances of course.

Warriors -11.0 vs the San Antonio Spurs

The Warriors are at home as they face the injury riddled San Antonio Spurs. The Warriors are 20-7 at home this year. The Spurs are 13-15 on the road. The last time these two met, the Warriors won by 22.

The Spurs will be missing Tony Parker and DeJounte Murray, going against the Warriors amazing starting lineup. Without Kawhi Leonard, the Spurs will be exposed to all sorts of  misery as I can see Dub Nation going 15+ over the Spurs. Roll with the best team in the NBA.

Lakers +2.0 vs the Dallas Mavericks 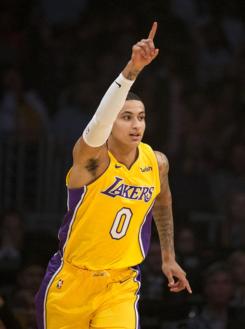 The Lakers ride into Dallas on a 4 game winning streak. The Lakers are 8-2 the last 10 games. The Mavs are 2-8 the last 10. Despite the trades, I believe the Lakers should have enough fire power to beat a Dallas team which can be streaky at times. If the Mavs hit their shots early, they hit the shots throughout the game.

The Lakers should win this won by 5 or 6. If the Mavs play terrible it could be worse. The Lakers could also lose by 2 or 3. Which also covers the spread. Take the points here as well, it should be a close game.

Last night we saw the Raptors destroy the KP less Knicks more than covering the spread, we also saw the Celts fight back to claim the W over a talented Washington team.  We saw 2 losses as well; starting with the Magic beating the Hawks by 2, just missing the spread of +1.5. If you took points on that, you probably won.

We also saw the Mavs blow it to the Warriors as they were covering the whole game, slipping up in the 4th.

Celtics -4.0 vs the Inidana Pacers 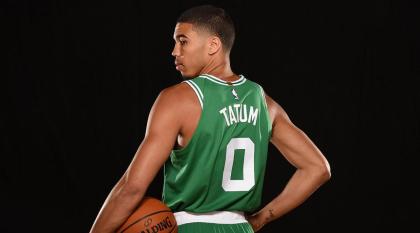 The Celtics return home tonight after an impressive win over the Wizards last night. The last time the Celts played the Pacers they coasted to an easy 10+ win over the Pacers on the road, in Indiana. The Celts must be tired from last night as they needed to go to OT in oder to top the Wizards. The Celts could play with less dominance if they are actually tired. But I don’t think it will affect them that terrible where they can’t cover against the Pacers. With Kyrie in the lineup, the Celts always have the upper hand.

Jazz -5.5 vs the Charlotte Hornets

The Jazz are on a 7 game winning streak. They are 8-2 the last 10. They just wrapped up a road series which should make it easier for them to continue to get dubs at home. I can see tonights game being close, but the Jazz should pull away in this one covering the spread. Rudy Robert needs to have a big game on the boards to help out the offense that was been clicking heavily with Ricky Rubio. Donovan Mitchell should also have a big game tonight. The Hornets are 5-5 the last 10.

Rockets -8.5 vs the Denver Nuggets 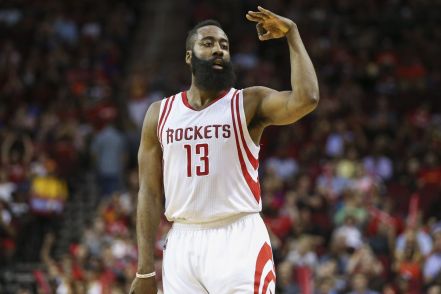 The Rockets remain red hot as they are 9-1 the last 10, going 5-0 the past 5 games. The Rockets are home which guarantees a victory the way the Rockets have been playing. The last time the Rockets played the Nuggets, the Rockets won by 30. The Nuggets shouldn’t be underestimated though. They have won the last 3 games including a huge W over the Golden State Warriors. It should be a close game up until maybe halftime. That’s where I can see the Rockets destroy the Nuggets easily covering the spread. Take the points here if you need it.

As the NBA season inches closer to the All-Star break, I’d like to take the time to start recording my picks to see what I could analyze differently, or provide any insight into any match up more accurately.

Rockets -5.0 vs the Miami Heat

The Rockets come into Miami on a 9-1 tear the past 10 games. The Heat are 3-7 the past 10. I don’t see the Heat stopping CP3 or James Harden in this one. Gerald Green is also a wildcard as he provides key help for the Rockets. I’m thinking the Rockets run the floor tonight winning by at least 8 or 9. If not a blowout.

The Rockets are just too good as of late to not cover against the struggling Miami Heat.

Pelicans -3.0 vs the Indiana Pacers

The Pacers are missing Oladipo and Collison, but the Pacers are managing to find themselves despite the injuries going 6-4 the last 10. The Pacers have the talent to compete with the Pelicans, but is that talent enough?

The Pelicans acquired Nikola Mirotic who provides help to Anthony Davis as they struggle without Cousins. I think the Pelicans win here at home by 5-6. They have been competing with teams despite losing 4 out of the last 5. Last time they played, Davis had 34 points and 14 rebounds. That of course was with D-Boogie. But the Pelicans just came off  deflating loss. Bouncing back tonight at home will be very important to the Pelicans as they hope to find a rhythm without Cousins.

I see the Pelicans winning here covering the spread, maybe losing most of the game but they should pull it out here.

The Spurs come into Phoenix losing the last 2 games. The Suns have lost the last 3. The Phoenix Suns are 2-8 the last 10 games. The Suns are coming off a 19 point loss to the Lakers as the Spurs kick off their road trip after losing at home against Utah by 9.

Devin Booker is questionable with a hip injury. There is a good chance he may be out for this one. The Spurs were going to win regardless, but if Booker is out; the Spurs by 9.5 is too easy. Booker is the life and soul of that offense. The Spurs may take a little while until eventually they blow them out. I say the Spurs by 18 without Booker. If Booker does play, it could be close. Take the points 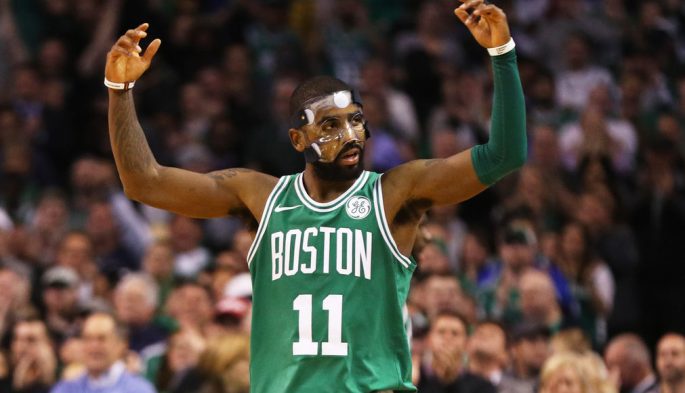 Pacers -3.0 vs. the Charlotte Hornets 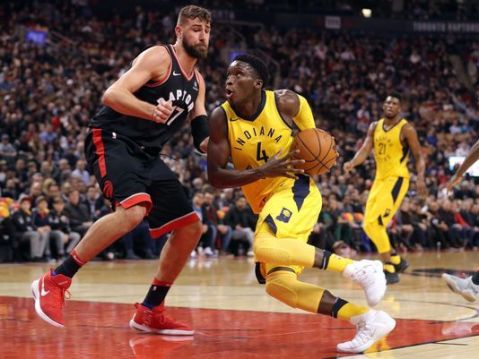 The Pacers find themselves at home against a Charlotte Hornets team that has been rocky on the road. The Hornets are 6-14 on the road this year.

The Pacers have been surprise this season posting a 27-23 record after losing PG13 in the offseason. Expect Victor Oladipo, Lane Stephenson, and Myles Turner to have a great game tonight. I think the Pacers will run Charlotte out the building tonight.

Suns +8.0 vs the Memphis Grizzlies

The Phoenix Suns have dropped the last 4 of past 5 games. The Suns however, are looking for the third win against the Grizzlies this season, tonight.

I expect the Suns to have a minor bounce back in attempt to stop the losing skid. I don’t see the Grizzlies blowing out the Suns considering they also have been team with constant indecision.

The Suns are 9-16 on the road, compared to the Grizzlies 12-15. You never have to ride the wave, but ride this one. The Suns +8 is too good to not take, if you can also take more points.I expect it to be a close one

Boston +1.5 vs the Denver Nuggets

The Celtics have been brutal the past 5 games, losing 4 out of 5 including one defining loss against the Warriors.

I expect the Celtcs to bounce back tonight. Marcus Smart out of the lineup certainly changes things a little. But I don’t think the Nuggets are good enough to take down a team like the Celtics, especially since the Celtics will be looking to bounce back after a string of losses.

The Nuggets are on a 3 game winning streak, but I expect that to crash down to tonight with Kyrie Irving and Jayson Tatum having big games. If the Celtics do end up losing majority of the game, I can see the Celts rallying back. The Nuggets tend to give up leads to teams down the stretch. 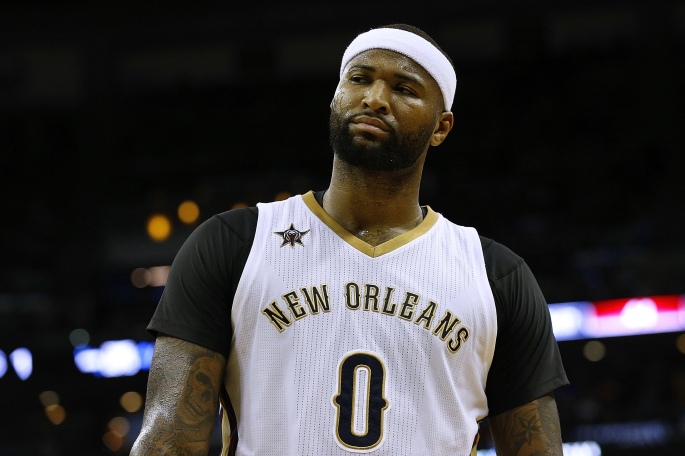 Last nights card we saw the OKC Thunder come back from behind to beat the Brooklyn Nets, still not covering the spread.

We also saw the Celtics blew a big lead in the 3rd letting up 31 points opposed to 21 for the Celts. Only to lose to the Los Angeles Lakers.

We have 2 picks today focusing on the shorter spreads

Pelicans +2.0 at the Charlotte Hornets

Pelicans come in 7-3 past 10 games. I love Anthony Davis in this one along with boogie. Kemba Walker will not go down easy as I expect it to be a back and forth, but I see the big men taking over in this one.

DeMarcus Cousins is also coming off an incredible past few performances. Grabbing 2 double-doubles the past 3 games and a triple-double most recently in their OT win against the Bulls.

Sixers -5.5 against the Chicago Bulls

The Sixers have been proving the process actually works.

The Bulls are a good team despite their overall record. They are fueled to the brim with young talent in order to restart that roster in Chicago.

Coming off a deflating OT loss to the Pelicans, I feel like the Bulls will play hard, but the Sixers are too talented anchored down by Joel Embiid and Ben Simmons. Embiid has gotten a double-double in 4 out of the last 5 games.

If there are points to be taken off, take them off here.

Last card we saw the Rockets fail to cover winning by 9. The Sixers blowing the lead losing to the Grizzlies, and the Hornets failing to cover only winning by 5.

The late night card won outright, the T-wolves didn’t need the +2.0 as they beat the Clips in a high scoring affair.

Tonight, I’m only going for 2 Picks in the night and late night slots because of the matchups.

The Celtics have been destroying the competition on the court this season. Not by a blowout by margin, but tactically and mentally on the court with every type of personnel. Loaded with depth

The Lakers have young talent with Lonzo Ball, Kyle Kuzma, and Brandon Ingram. I think they be competing with the Celts for most of the game, eventually losing by the 4th. With Kylie Irving, Jayson Tatum, and Al Horford; I don’t see them losing to a young Lakers team if they play like the typical Celtics.

The Lakers bench have to provide immense support in order to beat the Celts, which I don’t think will happen,

If you can take the points in this one, take it. I think the Nets will poise a challenge throughout the game, but the Thunder are a great team and should figure out how to pace a tough Brooklyn Nets team.

I love the Thunder because of Westbrook, Melo, and PG13 at home in the month of January.

In January, the Thunder are averaging 48.4 % in FG percentage, the highest all season.

They are also averaging 112 PPG, a Team high all year. The more experience the core for the Thunder receive together on the court, the better the understanding on the court with shooting, passing, and defending.

The Nets will keep pace, but expect the Thunder’s core to take over and dominate the Nets.

The Thunder are finding their rhythm, they should continue to do so tonight