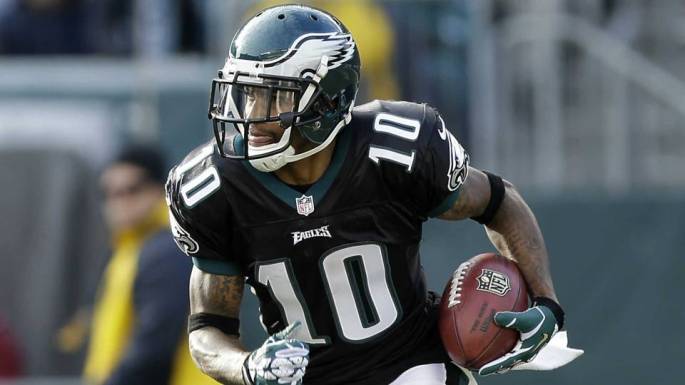 The Philadelphia Eagles have been quite active over the last week or more. The biggest question was what they were going to do with Nick Foles. That has been answered. But, aside from Foles the Eagles have been making moves in the right and wrong direction.

The Eagles traded for former WR DeSean Jackson to bring the beloved Eagles received back to the city of Philadelphia. The Eagles added some speed on the wide out that will open the field up for Carson Wentz and give him a deep threat. Aside from Jackson’s from his age of 32, Jackson still has upside to his game. Jackson has 589 catches for 10,261 yards, averaging 17.4 yards per catch, and 53 touchdowns. Of those numbers, he recorded 356 catches for 6,117 yards and 32 touchdowns with the Eagles. The Eagles received DeSean Jackson and a 2020 7th round pick for a 2019 sixth round pick.

Eagles sign back big-time tackle Jason Peters. This will be Peters 11th season with the Eagles. Peters is 37-years-old and only signed a one-year deal, assuming that this may be his last NFL season. Peters is guaranteed 5.5 million dollars, this will be his 16th NFL season total.

Malik Jackson signs with the Eagles for 3-years, 30 million dollars. Jackson is 29-years-old a proven veteran who made his splash in 2016 and 2017 where he recorded 14.5 sacks in 32 games. Last season Jackson played in 16 games but started in 10 of them and recorded 3.5 sacks all season.

Nick Foles, the Super Bowl MVP, the reason the Eagles had a run in the playoffs in 2019 and brought a championship to the city of Philadelphia has officially left the Eagles. Foles signed a 4-year $88 million deal. Foles will seemingly be the starter in Jacksonville as the Jaguars have transitioned away from Blake Bortles. Foles will now move to the AFC, going to a relatively weaker division than what he was exposed to in Philadelphia. Foles had 1,413 passing yards, 7 touchdowns and 4 interceptions in 2018 but has 11,165 yards, 68 touchdowns, 33 interceptions and 88.5 passer rating in his career.

Michael Bennett was traded to the Patriots. Bennett had 34 combined tackles, 25 total tackles and 9 sacks last season. The Eagles received the Patriots 2020 fifth round pick. This is a major loss for the Eagles.