The Eastern Conference has been the better of two divisions over the last few years. And looking at the division now with the Tampa Bay Lightning already at the 100 points 62 games into the season, the Eastern Conference has the biggest fish in the sea right now. Which means all the other contending teams have to go out and improve to make themselves compete vs Tampa Bay. 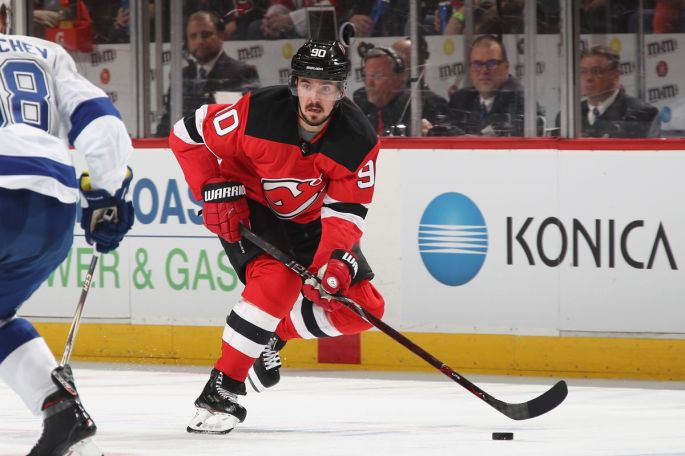 It has been a bit of a rough stretch in New Jersey for the once hopeful and highly sought out forward. But Johansson played just 29 games last season due to injuries and has missed 12 games this season. Johansson spent 6.5 years in Washington where he recorded five 40+ point seasons and never really lived up to that expectation in New Jersey. Now as the Devils go from a playoff team to a re-tooling situation, Johansson is one of those players that has not been spoken about much this trade deadline. He is a UFA (unrestricted free agent) at the end of this year, on a 4.8 million dollar deal and probably will not get much more than that due to his lack of production/presence in New Jersey. Plus he is 28-years-old and definitely a player that can be very valuable on a contending playoff team.

Although the price for Johansson may not be as much as Ray Shero and Devils fans except they can still receive a 2nd round pick and prospect for Johansson, or possibly a borderline top-four defenseman and pick. The price will vary depending on how desperate a team is.

Johansson is showing his worth more now as he continues to stay healthy and produce. In his last 11 games he has 5 goals and 5 assists, and in his last 25 games he has 8 goals and 9 assists. Johansson has 25 points in 46 games (11G, 14A, 9PPP, 94 SOG). He is not a name we have heard thrown around much but Ray Shero is at a cross road, re-sign the unpredictable and injury prone forward or trade him to a contending team to at least get something in return. I would have to guess if Johansson does not get traded this deadline he will not re-sign in New Jersey. Shero is not the type of GM to wait until the last second to make a deal either. I would not be surprised to see Johansson’s name thrown around more so over the next 3-4 days.