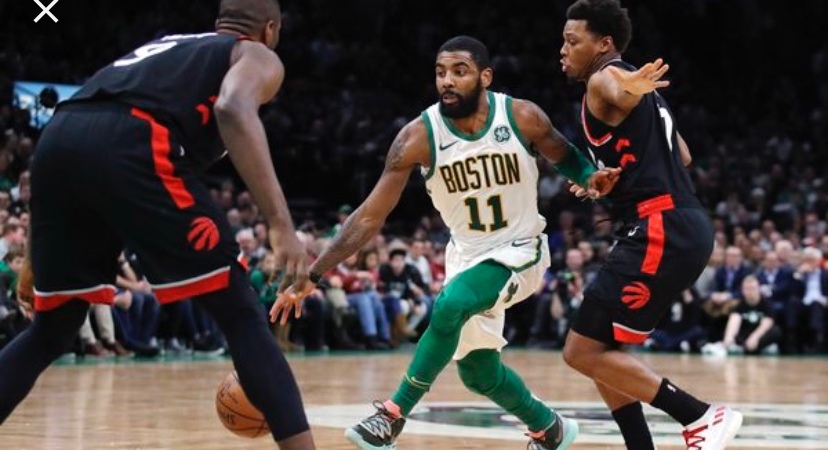 With a month and a half left in the regular season the Boston Celtics continue to sit in the fifth seed in the Eastern Conference, they’ve dropped three straight and lost five out of their last 10 games. Last night was no different, the Toronto Raptors blew Boston out of their home court 118-95, at one point the Raptors were in complete control up 30.

The season has been repetitive up to this point, where the team wins a couple of games in a row and looks like they finally turned the corner on their inconsistent play. Instead of turning the page Boston somehow returns to their old ways and go on a losing streak, where it seems that the players don’t like each other.

Who do we Blame for the Celtics season?

We can point the finger at Brad Stevens for not switching up the lineups when the team goes through these losing moments, we can blame Kyrie Irving for his lack of leadership or we can point at Terry Rozier for his awful play off the bench. Regardless of whose to blame, this Celtics team with so much depth should not be in this position.

Some of it could be the injury to back-up center, Aron Baynes, who’s been sidelined due to a foot contusion. From late December until mid-January Baynes missed 13 games because of a fractured hand injury, he appeared in just nine games before going down again. With Baynes our, the Celtics lack a true big man off the bench once Al Horford takes a breather. Daniel Theis, Guerschon Yabusele and banged up Robert Williams get exposed inside against the opposing big men.

Toronto’s big men of Marc Gasol, Serge Ibaka and Pascal Siakam were just to much to handle for Boston’s undersized bigs. Gasol finished with five points, five rebound and eight assists, Ibaka had 14 points and Siakam killed Boston with 25 points on 10-of-16 shooting and eight rebounds.

Irving Confident in Team heading into the Postseason

Irving made headlines on Sunday after the Celtics loss to the Chicago Bulls where he said he doesn’t believe anyone can beat Boston four out of seven games. “Like I said, I don’t get frustrated about this stuff anymore. It’s just part of the regular season. In the playoffs, when we can plan for a team, prepare for a team, I still don’t see anybody beating us in seven games,” said Irving.

Irving believes that once the playoffs comes around the Celtics will be a whole different team then what they’re showing. “No, we’ll be fine,” Irving then added, “Because I’m here.” He of all players has the right to be this confident based on his history of coming up big when the pressure is on. Irving hit one of the most clutch shots in Finals history against the Golden State Warriors in Game 7 of the 2016 NBA Finals, which secured the Cleveland Cavaliers first championship.